Choreography from the Outside – an experiment

In December 2015, I undertook a new project with Arts Council of Wales funding and with support from Venue Cymru.

The research was designed for me to choreograph a short piece of work from the outside on two dancers whom I hadn’t worked with before.  This was a new experience for me, as all my previous choreographic work I have created whilst dancing in it at the same time.  I wanted the opportunity to fully commit to the choreographic process from an outside perspective.

I employed the help of a mentor – Eleni Edipidi from Levantes Theatre, London.  The mentor’s role was to guide me, ask questions, give suggestions and ensure I stuck to what I intended to do.

I asked two dancers based in North Wales to do the project with me.  It felt important to work with local dancers in the region, as it is important to provide work for local artists.

The starting point was the theme of Winter and to be suitable for family audiences, shown at Take Part Festival in January 2016, Venue Cymru.

I used the following pictures and poem as stimulus for the creative process. 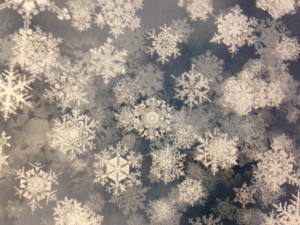 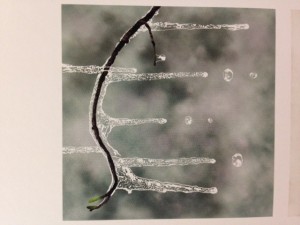 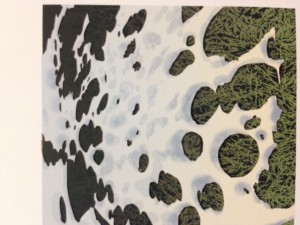 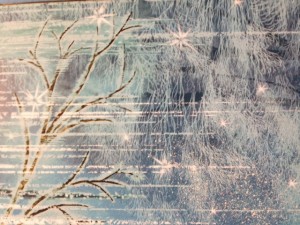 The above pictures are from a beautiful children’s book called ‘Winter’s Child’ by Angela McAlister, illustrated by Grahame Baker-Smith.

The poem below was used as a way to source and set movement and eventually some of it was used in the soundtrack.

A Riddle – On snow  By James Parton

From heaven I fall, though from earth I begin.

No lady alive can show such a skin.

I’m bright as an angel, and light as a feather,

But heavy and dark, when you squeeze me together.

Though candour and truth in my aspect I bear,

Yet many poor creatures I help to insnare.

Though so much of Heaven appears in my make,

The foulest impressions I easily take.

My parent and I produce one another,

Below is some rehearsal footage of the R&D called ‘White’.